Chat with us, powered by LiveChat Skip to content

For years, conventional webhosting wisdom stated that once your website got too big for shared hosting, you needed to upgrade to a VPS. The logic goes that because you aren’t sharing a VPS with other customers, it must be faster. And because VPSes cost more than shared hosting, web hosts were all too happy to perpetuate this belief.

Problem is, it usually isn’t true.

The TL/DR of this post is that semi-dedicated is a perfect choice for users who need something more powerful than traditional shared hosting, but who aren’t ready to invest in a dedicated server. Read on to find out why, or start browsing our semi-dedicated cPanel hosting plans now. 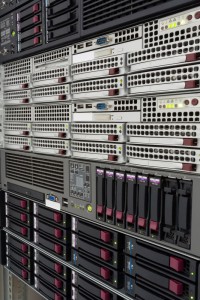 When we talk about “shared hosting”, we’re talking about the practice of putting many customers (usually around 100 – 150) on one server. Some hosts, usually so-called “discount” hosts, stuff thousands of customers into a single server, which can result in severe problems with performance and stability.

On the other side of today’s discussion is a “VPS”, or “virtual private server“. A VPS is similar to shared hosting in that multiple customers (usually around 10 – 30) share one server (also called a “node”). Some hosts (again, usually “discount” VPS providers) add a lot more. But that’s where the similarities end.

Finally, there’s one third definition we need to cover: “management”. Having a “managed” server simply means that the web host will help out with some common tasks like OS troubleshooting and setting up server security. Shared hosting is considered a “fully-managed” environment, because the host takes care of just about everything except your content. VPSes are usually sold “self-managed”, which means that you’re responsible for taking care of everything. Most VPS providers (including us) will provide management service for an additional monthly fee.

The Dream of the 90s

Back in the 1990s, when the Internet was still stumbling around like an adorable little tyke, a little piece of software called Apache revolutionized everything. Long story short, Apache made it practical for just anyone to host their own website. While Apache wasn’t the first webserver, it was by far the most popular.

And then … not much changed. Oh sure, user content changed dramatically. The static pages of the 90s evolved into today’s content-rich dynamic sites. But behind the scenes, the server software remained fundamentally the same. Since this software was never designed with today’s high-demand sites in mind, lots of web hosts simply couldn’t keep up. It was simpler and more profitable to pressure customers into buying a VPS.

As a result, shared hosting started to take on a bad name — ESPECIALLY on those so-called “discount” hosts.

Starting in the late 2000s, a number of technologies matured enough that shared hosting started to rapidly gain in performance. Accelerated webservers like LiteSpeed and nginx, both of which serve websites much faster than Apache, began to take hold. Front-end caches like Varnish started growing in popularity. Content distribution networks, once outrageously expensive and out of reach for the average website owner, got turned upside down by CloudFlare’s excellent free and affordable service tiers. SSD storage made disk I/O operations skyrocket in performance. And the list goes on and on.

It wasn’t much longer until people realized that with all these new tools, shared hosting was more powerful than ever. Suddenly sites that used to be too big or too popular for shared hosting were once again able to be hosted on this economical platform.

Semi-dedicated hosting takes all the benefits of shared hosting, but slashes the number of users on the server. Instead of hosting around 100 – 150 users, each server hosts a maximum of only 15 users. That’s one tenth the load of a typical shared hosting server, which means you get more CPU power, more memory, more I/O performance, and a more network performance. In other words, fewer customers on the server means more resources for you.

Semi-dedicated is perfect for customers who have outgrown regular shared hosting, but who aren’t ready for the financial commitment or management requirements of a VPS. And because you’re still sharing a server with other customers, our semi-dedicated packages start at about one-third the cost of a comparably equipped VPS!

Let’s look at the cost breakdown for a very modest VPS that’s comparable to our semi-dedicated hosting plans:

That’s a total price of $101.17 / month for a fully-managed, mid-grade VPS with LiteSpeed. And while that’s a pretty impressive price, our semi-dedicated plans start at $24.99 / month, and our full-throttle top-of-the-line semi-dedicated package still costs $30 less per month! 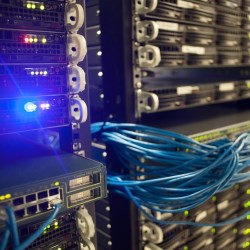 After reading this far, you might think that shared hosting’s renaissance spells the end for VPSes. Nothing could be further from the truth. The reality is that VPSes are hugely popular for lots of very good reasons:

Truth is, there are countless times when a VPS is the best choice — but “I need my site to be faster” isn’t one of them.

If it’s raw performance you’re after, semi-dedicated hosting is the way to go. If you need total control over your environment, send a lot of mail, or just want maximum security and isolation, a VPS is your best choice. Check out our packages today, and let’s talk about which is best for you!