Chat with us, powered by LiveChat Skip to content

Over the last ten years or so, shared hosting has gotten a bad rep. Ask anyone whose website has been suspended for “too much CPU usage” or whose site just suddenly went down for no reason, and you’ll probably hear more than a few choice words about their previous web host. A lot of hosts will blame WordPress or blame the customer or blame the Internet, but the reality is that a lot of web hosts are just really, really bad to begin with.

That’s why we’ve worked so hard to build a reputation for being able to handle the castaways, the disgruntled, the unwanted masses — the users who have been shunned by their previous hosts. Not only is our accelerated shared hosting platform is fast, stable, and easy to use, it can also handle much heavier traffic than a lot of our competitors.

It all starts with LiteSpeed. LiteSpeed is a powerful event-driven web server that’s as much as 533% faster than Apache and up to 67% faster than nginx. It’s completely compatible with Apache, which means applications like WordPress run perfectly out of the box. Not only will you see a noticeable boost in website performance, but you’ll be able to handle a higher volume of traffic. That added power also means you’ll be better equipped to handle sudden surges in traffic. Viral links, anyone?

SSD storage is the next piece of the puzzle. SSDs are great, and there’s no shortage of web hosts using them. A lot of web hosts only use them as cache for their regular drives. But not us. We use high-performance Samsung SSD drives for all our database storage. That means faster database queries, which means faster site performance, which means happier site visitors. Long story short, database-heavy applications like WordPress and Joomla absolutely scream on our platform. 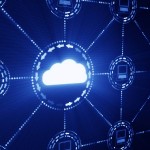 Our next secret weapon is CloudLinux. CloudLinux is like a traffic cop that protects your site from other users. In the bad old days, when another website on the same server got a sudden surge of traffic, it would steal resources from everyone else on the server until nobody else’s website worked. This would result in websites getting suspended for “too much CPU usage”. CloudLinux prevents that. If a website suddenly gets overwhelmed and tries to steal resources, CloudLinux steps in and keeps things running smoothly. No more resource stealing, no more crashing under heavy loads, and no more “your website has been suspended because you’re too awesome for our server” messages.

Then there’s the network.  A lot of web hosts use cut-rate network providers. Some use only a single provider (that’s just BEGGING for trouble). We use a blend of tier 1 & tier 2 carriers including Level(3), Cogent, TeliaSonera, Zayo, CenturyLink, and Internap. Traffic is automatically routed to your visitors using the best possible link, no matter where in the world they call home. And if one of those carriers has trouble (unlikely, but it happens), your site just gets routed around the block.

The icing on the cake is all the extras that our accelerated web hosting platform includes. You get a free content distribution network (CDN), free SEO tools, and an easy-to-use control panel (cPanel). We also give you the ability to host as many websites, databases, domains, email addresses, and FTP accounts as you can fit in your disk space.

The end result? Your site will be faster, more stable, and easier to use on our shared hosting platform than on anybody else’s. We guarantee it with our 15-day money-back guarantee: if you aren’t completely thrilled with your accelerated hosting plan, just cancel your service within 15 days and you’ll get a complete refund (less the cost of any domain names or SSL certificates; see our terms of service for complete details).

It’s not just the network. Or the web server. Or the SSD databases. Or CloudLinux. Or the free bonuses.

It’s all those things together. That’s what makes our accelerated web hosting platform rock. If your current web host isn’t delivering all of the above for as low as $3.59 / month, it’s time to switch. Drop us a line and let us know what we can do for you, or get started right now!